THIS TIME LAST YEAR: WHAT TRIP? 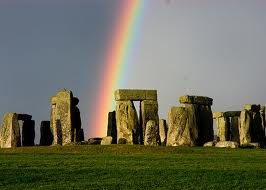 This week Beth has challenged us to consider what we were doing or where we were at this time last year.  She, of course, did this directly after we had all (at least those of us old enough) had been thinking of where we were 10 years ago on September 11.  For a moment, I couldn't even remember what I was doing a year ago, but WOW, I forgot we were planning for the trip of our lives.

We had both retired (or in my case perhaps asked to leave) and my husband inherited a little money.  We decided to take a trip to the one place that he's wanted to visit for years, Ireland.  My husband is pretty well traveled due to his military service and has gone to many places in Europe and Asia.  I however was never out of the United States until we visit my son in Germany a couple of years ago.  Some of the places my spouse has traveled I don't regret not seeing such as Vietnam in 1968, on the other hand I would have been happy to see Bermuda, Florence or Sicily.

Neither of us had been to England, Scotland or Ireland before and so we decided to take a tour that would take us through all these in 11 days.  I know this tour is reminiscent of the title of a B movie, "3 countries in 11 days".  It was a little rushed, but at least we didn't personally have to drive on the wrong side of the road.  We saw little of London to our regret, but we saw York, Edinburgh, Glasgow, Dublin, Waterford, and Wales.  It was fun and surprisingly we liked Scotland best of all.

One of the best advantages of the tour was meeting people from all over the world in our little troupe of passengers.  I think Canada was the country most represented then Australia, U.S., Japan and a couple from South Africa.  We learned a great deal talking to all these folks about their homes and lifestyles.  One thing we learned is that Australians love to travel and most of those on our trip had just come from another tour in Europe.

I think that the saddest thing about this post is that when Beth posted the topic my first thought was that I had been doing nothing last year.  How did I forget such a fantastic trip? Where was my mind (not a question I usually want the answer to)? We were eating Haggis (hubby not me), listening to bagpipes, circling Stonehenge, touring castles and seeing the world (or at least the UK).  Thanks Beth for jogging my 62-year-old memory.
Posted by pbquig at 4:48 PM 7 comments: